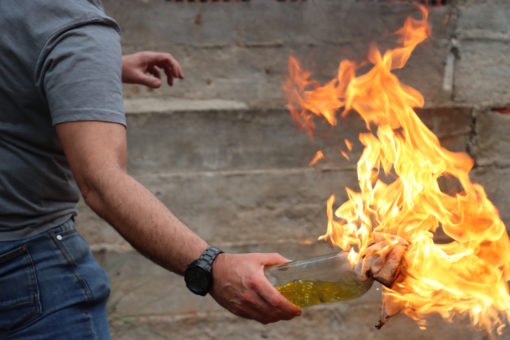 In California, arson is defined as the intentional setting of something on fire. The state’s hot, dry weather has contributed to a number of problems in the past, including significant wildfires. As a result, if someone sets something on fire, they may be charged with arson.

Depending on the specific sort of arson, the punishments can differ greatly. There are two basic categories—malicious and reckless—and the distinction between the two is based on the motivation of the alleged offender. Be aware that even unintentionally starting a fire could result in jail time. For this reason, it always pays to see a criminal defense lawyer if you are accused or charged with arson. You can contact Chambers Law Firm at 714-760-4088 to get started.

The prosecution must show that someone intentionally set anything on fire with the intent to inflict significant harm in order to secure a conviction for malicious arson. For instance, if someone started the fire with the intent to harm someone, scam an insurance provider, or irritate their neighbors. It is not necessary for the alleged offender to have entirely burned the property in order to be found guilty; simply starting the fire is sufficient.

The property that was burned down almost always belonged to someone else. As a result, it is doubtful that someone who intentionally sets fire to their own property will be charged with arson. That, however, has its own restrictions, such as when someone was hurt in the fire or when it was started intentionally to defraud a person or business.

Careless arson, also called reckless burning, is a less serious offense. The prosecution must show that the accused started the fire and acted carelessly in order to secure a conviction. The definition of “reckless” in the law includes disregarding knowing hazards and acting in a way that the courts do not deem acceptable.

Remember that being careless and negligent are two different things. If someone were to leave their house with the stove on and a fire broke out, this would be considered negligent and they could be held accountable in a civil court, but it is unlikely that they would be charged with reckless behavior. On the other hand, it would be reckless if someone threw a lighted cigarette onto dry soil while knowing the region was dry and that it could ignite a fire.

To learn more about how to defend against arson charges, contact us right away

Contact a criminal defense lawyer for assistance if you have been charged with arson or have been accused of it. Call Chambers Law Firm right away for a free legal consultation at 714-760-4088. To decide the appropriate course of action, we can discuss the accusations made against you, the supporting documentation, and your perspective.